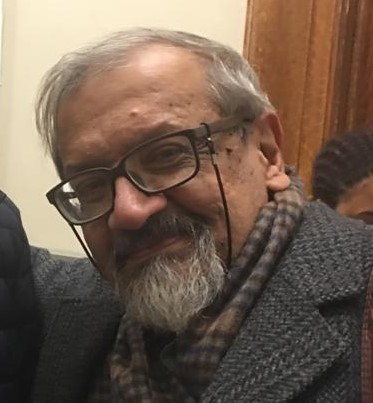 KCHR expresses deep condolences at the demise of eminent historian Professor Hari Vasudevan. Professor Vasudevan was a specialist in Russian and European History and Politics and Indo – Russian Relations. In his works he explored connected histories and was uniquely positioned within the academia as a historian who could offer equally critical insights into policy making in international relations. He completed his Doctoral Degree from the University of Cambridge in 1978 and taught at the Calcutta University from the same year. He was associated with numerous other prestigious institutes of Higher learning  like the Jamia Milia Islamia; Academy of Sciences, Russia; Kiev University Ukraine; Uppsala University; Sweden; Cornell University, USA; Yunnan Normal University, People’s Republic of China and King’s College, London. He served on various educational panels for the government and was consulted by the various ministries of the government in policy matters related to Russia and Eastern Europe. He was also the Chairperson of the NCERT textbook development committee for the social sciences from 2005. His published works include Shadows of Substance: Indo-Russian Trade and Military Technical Cooperation (2010), Footsteps of Afanasii Nikitin: Travels through Eurasia and India in the Early 21st Century (2015) and edited volumes pertaining to the history of Russia and International Relations.  Professor Vasudevan was outspoken in his criticism to governmental interference in the autonomy of educational bodies and academic dissemination and was vocal  in expressing his scholarly differences within the academia. He succumbed to death battling complications developed after being tested positive for Covid 19. He is survived by his spouse, historian Professor Tapati Guha- Thakurta and daughter Mrinalini. We join the bereaved family and the academic community in their grief.